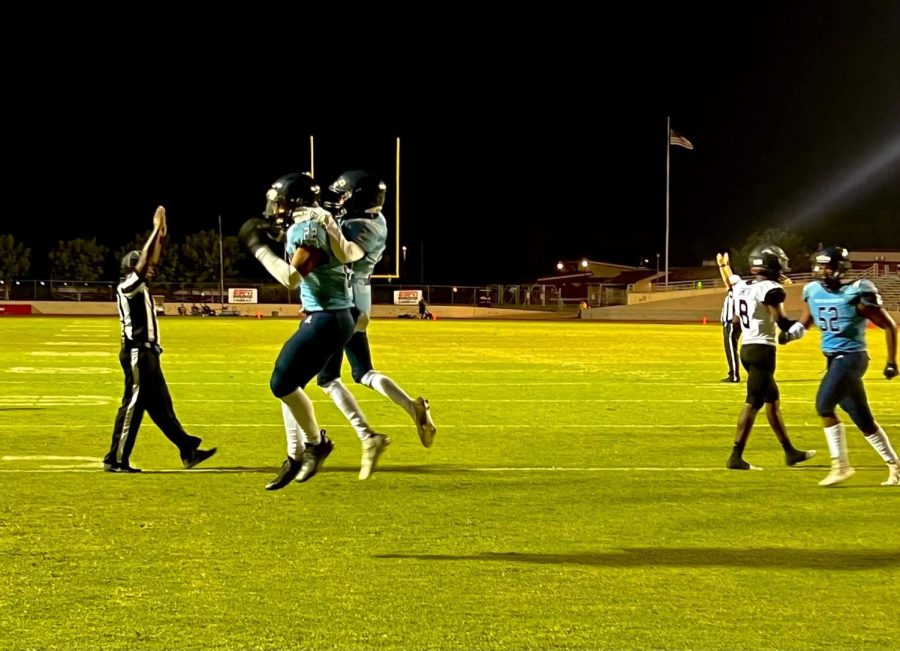 BHS football players on the field during their first game of the season.

On August 9th, the Bullard Knights football team kicked off their 2022-23 Football Season against the 8th-ranked Hanford Bullpups. The defending BHS Valley Champions had to set many expectations in order to defend their title. Chris Mitchell, a football player, highlighted, “The main strengths for the team this year are the Offensive and Defensive lines, I believe that they will help us out throughout the year.” However, they had many challenges as Mason Lopez, another football player stated; “Our main weaknesses this year must be our passing and injuries, if we just get the pass game and injuries settled, we should win a few games this year.”

Even after the social media controversy surrounding BHS’ football team last May, they still have high hopes, as Adrian Rodriguez, another football player, said; “I don’t think it’s (controversy) going to affect the morale of the team, but it will only motivate us to play better.” With anticipation around the Bullard community and student body, the students feel great about this year too, as Peter Garcia, a senior, said; “I think this season is going to be a good year, good players, and I believe we can get back to the Valley Championship again!”

On Friday, the now 11th ranked Bullard Knights will look to go 2-1 against the 19th ranked Frontier Titans. The game will be their first away game of the season as they head out to play Frontier in Bakersfield, California.