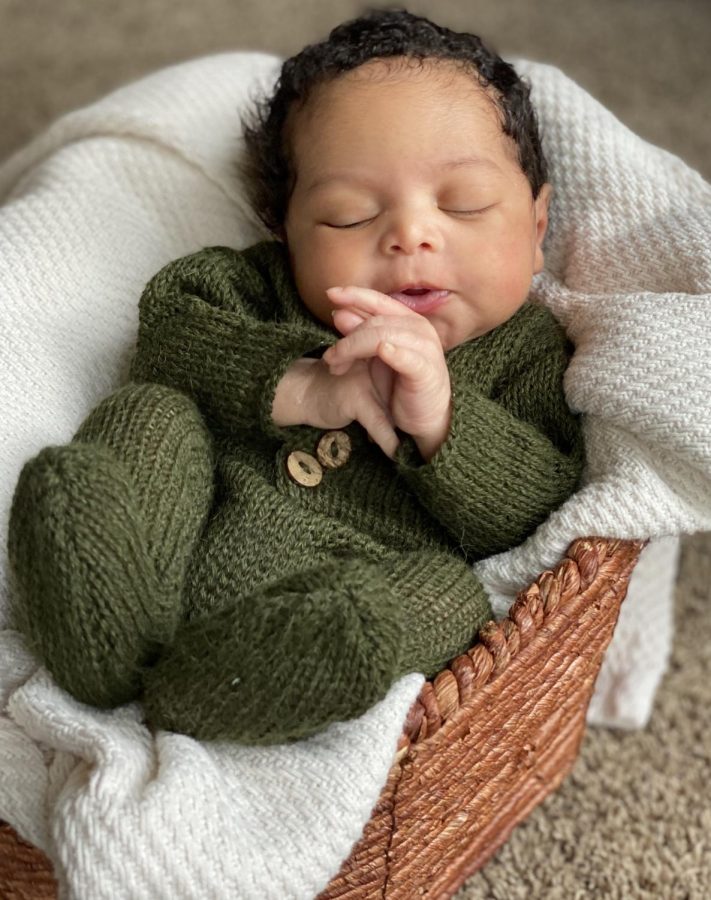 Cinco Clark has arrived. His mother, Dana Clark, is one of Bullard’s new guidance counselors for 9th and 11th graders. Mrs. Clark has been on maternity leave, since winter break. On January 4,2020, Jonathon Lewis Clark V was born. Since Jonathon Clark is 5th generation, Mr. and Mrs. Clark call him Cinco. He weighed at 7 pounds and 11 ounces and was 19.5 inches long.

Mrs. Clark has been enjoying her time with her baby son while being on maternity leave. According to Mrs. Clark, she says that being a new mom is one of the best jobs she has ever had. Mrs. Clark loves watching him grow every day and he’s always teaching her new things about herself that she never knew. With Jonathan Clark born, Mrs. Clark says that it has strengthened her relationship with Mr. Clark. She loves that the three of them are evolving together in a loving family. Jonathan has made Mr. And Mrs. Clark a better person.

Mrs. Clark has informed us that she will be back in August 2020 to take back her role as a guidance counselor. Congratulations to Mr. And Mrs. Clark on their beautiful baby boy. We hope to see Mrs. Clark soon!