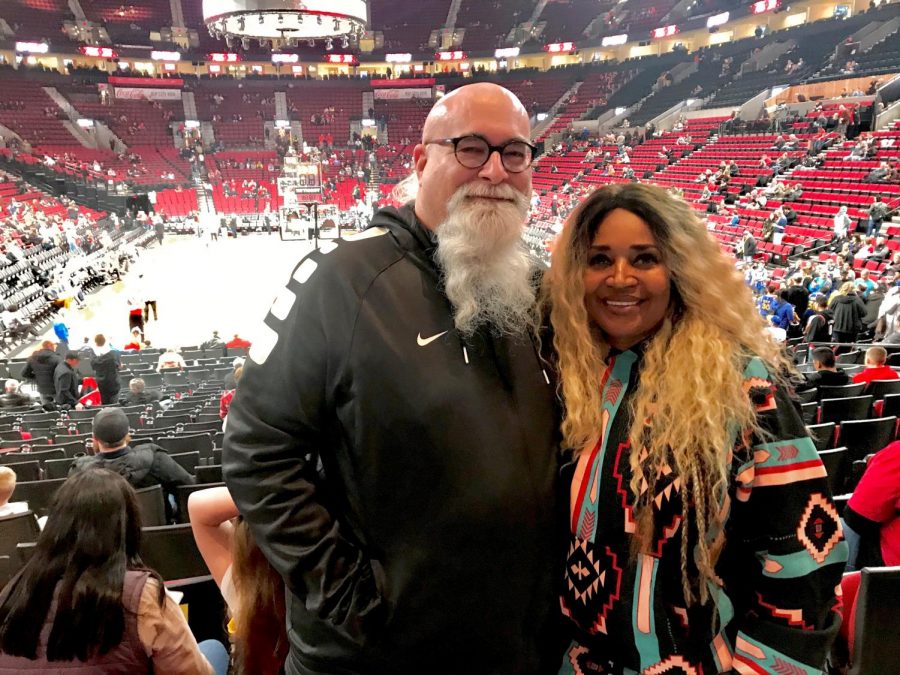 They met more than forty years ago at Edison High School.  He was a basketball player and she was a spectator. Three years ago, they found each other on Facebook, and now they’re husband and wife.

The dedicated educator surprisingly showed up on campus, on the morning of his wedding, giving many Bullard students a bird’s eye view of events to come.

“He’s wearing a tux,” one student could be heard sharing the excitement with a circle of friends.

The 6-foot-5-inch Clarke was definitely looking the part of the groom – in fact – a groom ready to “put a ring on it.”  Clarke was clad in a black sports jacket, a white shirt, and black slacks. His trademark beard appeared to be freshly trimmed and his usual stoic demeanor had evaporated into an air of effervescence.

“I’m getting married today,” Clarke declared in an email to Bullard’s staff.

Those familiar with the couple politely whispered about their deep love of basketball and their trips to NBA games.  It’s no secret that the newly weds also enjoy music, art, literature, politics and fine food.

The couple spent the weekend in the Bay Area, but plan to honeymoon for six weeks in Europe this summer visiting Belinda’s son in Switzerland and her daughter in Italy.