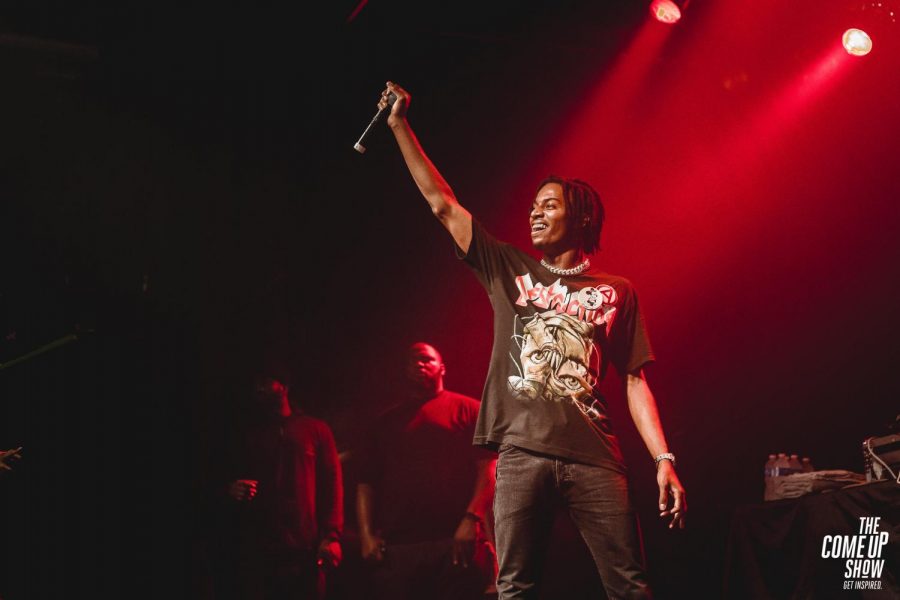 On December 25th rapper, singer, and songwriter Jordan “Playboi Carti” Carter dropped his second studio album, Whole Lotta Red. Carter announced the project in 2018, one month after the success of his first studio album Die Lit. The victim of numerous delays and leaks, Whole Lotta Red built hype and publicity for over two years, and garnered 100,000 album sales and over 126 million streams in the first week of its release.

In spite of success commercially, Playboi Carti’s self described “alternative” rap project is a complete disappointment artistically. The album features an overabundance of clumsy hooks which fall flat on their face. This is especially prevalent on songs such as “Jump Out the House” and “Stop Breathing”, where there is little lyrical originality to break up the monotony of Carti’s vocals. They generally consist of Carti repeating one line throughout the whole song over the backdrop of an equally uninspired, harsh trap instrumental. Some how those songs are far preferable to tracks such as “Rockstar Made” and “Slay3r” where Carti actually raps, dropping absurd and borderline comical bars that are closer to a stand up routine than music. Whole Lotta Red has a surprising lack of Carti’s iconic vocal style dubbed “baby voice” by the media, stripping this album of any and all potentially unique and differentiable features. Carti’s voice is instead harsh and often difficult to understand, with the poor vocal mixing and editing butchering songs that are already dead musically, so to speak. Songs on the album blend together in the worst ways possible. Every song is backed with an outright boring trap instrumental that is very narrowly distinguishable from the others, and this is exacerbated by Whole Lotta Red’s often criticized bloated run time of 62 minutes. It feels many songs made to pad out the album and the size of the project could easily be cut in half. Unfortunately, when the album isn’t boring, it’s downright embarrassing with absolutely idiotic tracks such as “Vamp Anthem”. These tracks and their ham-fisted, tacky motifs were doomed to fail from the planning stage. The only struggle greater than trying to get through this album is trying to find positive things to say about it. The best part of the album is undeniably the features because that’s when Carti stops rapping. The cameos from prolific and established artists such as Kanye West, Future, and Kid Cudi actually contain some comprehensible lines and feel completely different from the rest of the album, both vocally and in the instrumentals. Unfortunately, the features are few and far between, and despite its numerous delays Whole Lotta Red feels half-baked.

Many people speculate that this album was mostly filler, and that Carti revamped the album after a sizable portion of the original songs were leaked. The overwhelming backlash to this album has prompted Carti to promise to release a deluxe edition of the album. This is will allegedly feature an edited track list, removing unpopular songs and adding in some of the more popular leaked tracks. In the meantime, however, Carti fans are left with this insulting, unfinished mess of an album.