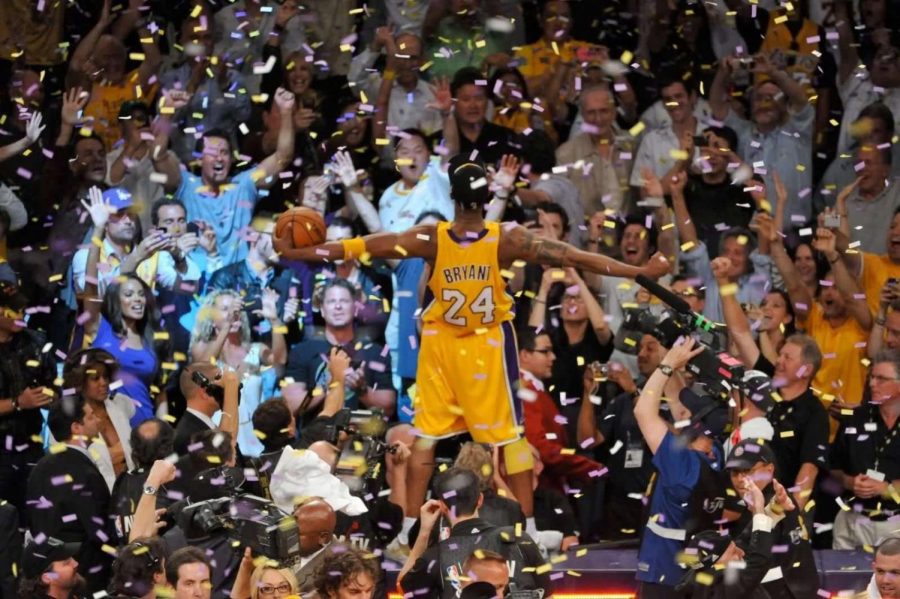 Mamba, Champion, Father, you inspired a generation. For as long as I could remember you were a huge part of my life. Although I’ve never met you, your impact on my life was huge. I started watching basketball around the age of 6. My first memory of you was Game 7 in the 2010 NBA Finals, and watching you celebrate in the Staples Center made me want to one day stand where you stood.

As I got older and started following basketball even more, you were one of the players who stood out to me. 60 points in your last game, 81 vs. Toronto, watching you will the Lakers to the playoffs in 2012. I remember crying the day you tore your Achilles. You made me, a Rockets fan, love the game more than I already did. I had your shoes, your shirts, your poster. When I tried out for the 6th Grade basketball team I grabbed jersey #24, shot turn around jumpers and tried my best to impersonate all your signature moves. You drove me to be better, to try and be the best at what I did whether it be taking a test or going out for a team. You meant a lot to not just NBA fans but people as a whole.

Your Mamba Mentality is studied and copied by people all around the world. Watching Detail on ESPN+ or reading books by and about you made me think that you transcended bigger than basketball. You weren’t just a basketball player, you were an icon, an era defining icon. A star, the biggest star in the city of Angels every time you stepped on the court. All the stars in the Staples Center on a nightly basis. Stars such as Snoop Dogg, Jack Nicholson and Chris Rock have been court-side at Lakers games and yet you were always the biggest star.

Your drive was mesmerizing, whether it was learning a language to trash talk an opposing player or playing while hurt, you were driven to be the greatest ever, no matter what you did. You’re a multi-time All Star, an MVP, a 5 time champion, top 5 all-time in scoring and a sure fire first ballot Hall of Famer. You had a career many people dream of but you’re going to be remembered for your whole career off the court as well as off of it. You’ve won an Oscar, an Emmy and written books proving you’re more than just an athlete.

One thing you said that will always stay with me is “Once you know what failure feels like, determination chases success.” If I ever got a tattoo that’s what I’d get because it means so much to me. It got me through the rough patches and the hard times. That’s just one of many inspirational things you said. One of the many things that inspire me daily.

It saddens me that we didn’t get to watch you grow old or your daughter Gianna make it to the WNBA, but we can still live with the memories and the moments you left us with. Heroes come and go, but Legends never die. Your legacy will live on in all of us forever.  Mamba Forever 8/24.