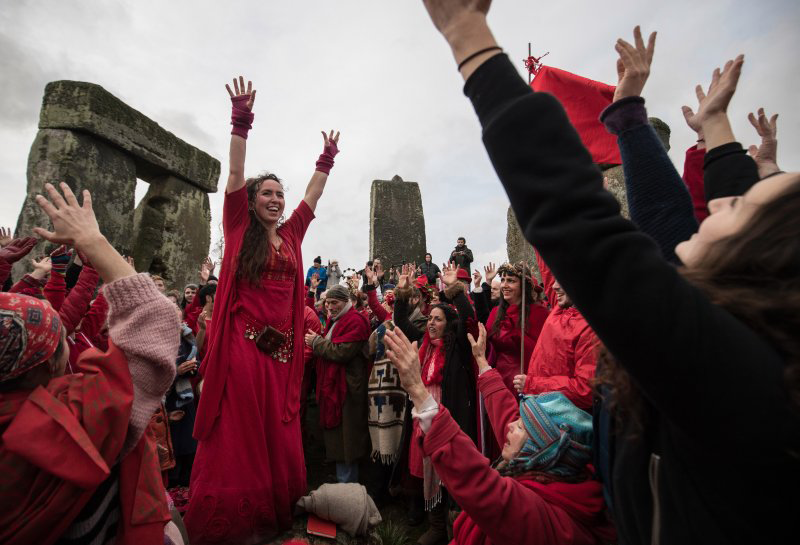 The winter solstice falls on December 21 or December 22, this year it is happening on the 21st. The winter solstice is the shortest day of the year and also the longest night. Since ancient times different cultures and people have celebrated this event in their own ways. Celtic priests in Britain would cut mistletoe and use it as blessings as well as creating the tradition of the yule log, the Romans held a festival called Saturnalia where “all ordinary rules were turned upside down”. The Pagan celebration of the winter solstice is one of mankind’s oldest, most studied winter celebrations whose practices can still be seen in religious celebrations of the modern day.

The winter solstice is celebrated all over the world, everyone has their own rituals and traditions to commemorate this event. In China the winter solstice is celebrated with large family gatherings and meals, these meals include foods like tong yuan rice balls, eight treasures porridge and mutton soup. In China this event marks the end of the harvest season and has roots in the concept of yin and yang. Burning of the Clocks is a yearly solstice parade and fire show held in Brighton every winter solstice. People wear costumes to represent clocks and the passage of time, at this festival lanterns are also made and burned to symbolize hopes, wishes and fears that will be passed into flames. The Hopi tribe in Arizona celebrate Soyal, celebrating the winter solstice is part of their religious traditions “Kachina”. They have this practice to welcome the sun back to its summer path with ritual dances, gift giving, prayers, singing and storytelling. The Hopi tribe also writes down prayers and puts them inside of the kochina dolls. In Guatemala they hold the Santo Tomas festival, this festival is celebrated the week leading up to the winter solstice. During this festival parades and fireworks are showcased and there are also bright costumes with masks and music. Japan also celebrates the winter solstice in their own way! To celebrate the solstice winter squash is eaten and bath are taken with yuzu which is believed to refresh someone’s body and spirit. Animals called capybaras love yuzu, in zoos in Japan workers throw the fruit into the capybara’s water so they can participate in the solstice celebrations too!

The celebration of a winter solstice is one that goes very far back in history. Many different people and cultures have taken this holiday and made it their own by celebrating the event in their own unique ways!